Why is Testosterone a Controlled Substance? 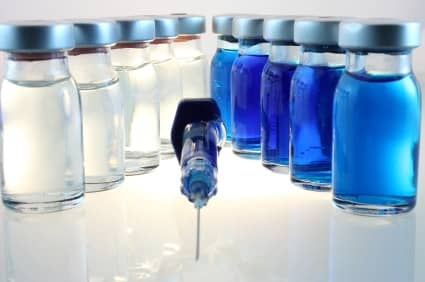 Testosterone a Controlled Substance: Why?

With the passage of the Anabolic Steroid Act of 1990 Congress bypassed the usual regulatory process (which a few years earlier under the Reagan Administration concluded that anabolic steroids should not be classified as controlled substances) that determines which drugs should be controlled, and concluded that testosterone and other anabolic steroids be classified as controlled substances.

What few realize is that leading up to those Congressional Hearings the AMA, FDA, and DEA all opposed the classification of anabolic steroids as controlled substances – because they did not meet the criteria of the Controlled Substances Act.

The original purpose of the Controlled Substances Act, which was passed in 1970, was to provide more strict legislation related to the prescription and distribution of drugs that are principally psychoactive and which are abused exclusively by virtue and because of their psychoactive (mind-altering) effects. Anabolic steroids were NOT categorized as controlled substances when the Act was passed in 1970 and was only included in 1990 despite little new information about them being learned. Though anabolic steroids are sometimes abused (as are many other drugs that are not controlled substances), they are not abused for their psychoactive effects.  Psychoactive drugs include narcotics, hallucinogens, stimulants, and depressants. 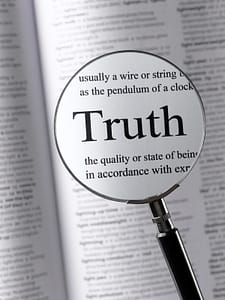 The Congressional Hearings that led to Anabolic Steroid Act of 1990 were convened to deal with the use of anabolic steroids in sports. At the time there was a growing concern in sports related to athletes cheating by using anabolic steroids.  It should be pointed out that a substance does not need to be controlled for a sport to ban it if it so chooses. In fact, many drugs banned in sports are not controlled substances. For instance, beta-blockers that slow the heart rate (used for blood pressure and heart disease) are banned in archery. Archers will use beta-blockers to slow their heart rate enabling them to shoot an arrow in between heartbeats as the vibration of the heartbeat is enough to throw them off target with their aim.

In the case of anabolic steroids, the last straw was when it was discovered that Canadian sprinter Ben Johnson tested positive for anabolic steroids in the 1988 Olympics and was stripped of his gold medal. There was huge outrage and the general feeling that something must be done to curb such cheating in sports (though some have made some reasonable persuasive arguments that performance-enhancing drugs should be permitted in sports if athletes choose to use them – click here to see such an article).

Rick Collins is considered the foremost legal authority on anabolic steroids in the United States.  In testimony as part of a federal hearing in 2005, he made 10 points in which he provides interesting comments, observations, and distinctions between anabolic steroids and other controlled substances. His comments will challenge those who believe anabolic steroids are as dangerous as the media and government report. His 10 points begin on page eight of the following transcripts from a public hearing on April 12, 2005, in front of The United States Sentencing Commission.  Article found here: USSC April 12 2005 Collins Anabolic Steroids.

Between the Senate and House of Representatives hearings that led to the Anabolic Steroid Act of 1990, there’s about 500 pages of testimony of which only 50 or so deal with the medical evidence. In those days no randomized controlled studies existed on anabolic steroids, and back then and as is still the case today, there were no long-term studies to guide any decision-making.  The only evidence available were “expert opinion” and case studies, which are considered the two lowest levels of evidence when judging medical information.

In his testimony to Congress, Charles Yesalis, Ph.D. and the leading epidemiologist at the time in the area of anabolic steroids intimated that a reason a long term study has not been performed on the safety and risks of anabolic steroids was the fear that such a study would show that anabolic steroids are not as dangerous as the medical community wants society to believe possibly fueling further abuse. How revealing.

Having read the many pages of testimony at these Congressional Hearings it is my conclusion that the impetus to curb cheating in sports was strong enough that Congress relied on weak medical evidence to ascribe a legal remedy to what ultimately is an ethical issue – cheating in sports.

The unfortunate result is the Anabolic Steroid Act has created the perception that testosterone is dangerous even for legitimate medical purposes leading physicians and patients away from using testosterone.  Testosterone is safe when prescribed by a knowledgeable physician and under close medical supervision, but synthetic anabolic steroids do carry some health risks. So there is a distinction between testosterone – the stuff your body makes – and synthetic anabolic steroids abused by athletes. In some countries, testosterone can even be obtained over the counter without prescription (Mexico, Portugal, Netherlands).

Since those hearings several randomized controlled studies have been performed using testosterone (not synthetic anabolic steroids) in supra-physiologic doses, the landmark study being Bhasin’s study published in the New England Journal of Medicine in 1996. This and other studies have shown that even in doses 6 to 10 times normal testosterone is relatively safe in an injectable form, though there can be transient laboratory abnormalities that resolve generally within 3 months of discontinuation of high dose testosterone use. Such laboratory abnormalities are far less frequent when physiologic or normal doses are used.

When properly prescribed and used testosterone is safer than most prescription and over-the-counter medications which are completely foreign to the body. This includes aspirin, ibuprofen, and acetaminophen. It is safer than birth control pills. It is safer than smoking alcohol and recreational drugs. And, it is far safer than chemotherapy agents used in cancer treatments and the many new biologics now used to treat autoimmune diseases.

So why is testosterone a controlled substance?  In my opinion, to curb cheating in sports (yet few elite athletes have ever been prosecuted). The people being prosecuted are those in the gym trying to improve their health and fitness. Unfortunately, in the process, we have allowed what a few thousand professional athletes can and cannot do to potentially affect the health of those in the general population who may be testosterone deficient.

For a more detailed appreciation of the history behind the Anabolic Steroid Act of 1990 we recommend you read Legal Muscle: Anabolic Steroids in America by Rick Collins.

To learn more about the benefits of testosterone read the following articles found on this website:

“Treatment for a Low Testosterone Level”