Exercise Before Bed: Your Ultimate Guide 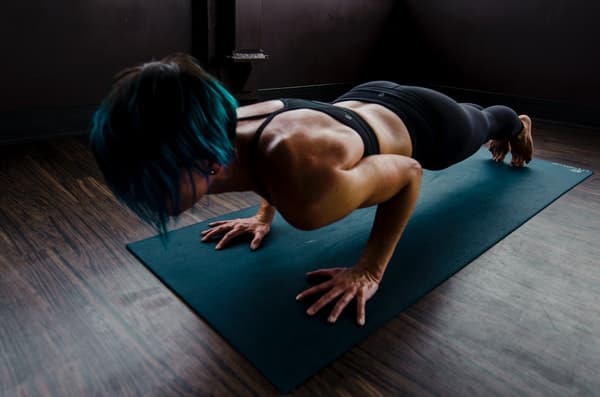 As our days get busier and busier, it's hard to carve out even an hour and get in a good workout. Our to-do lists continue to grow, and it's clear we could all use a little more energy to tackle our days and our goals. For most of us, a morning workout is near impossible, so what other options do we have? If you've ever wondered if exercise before bed was a good idea, read on. We cover the science behind the question, should we exercise before bed?

Why It is Important to Exercise 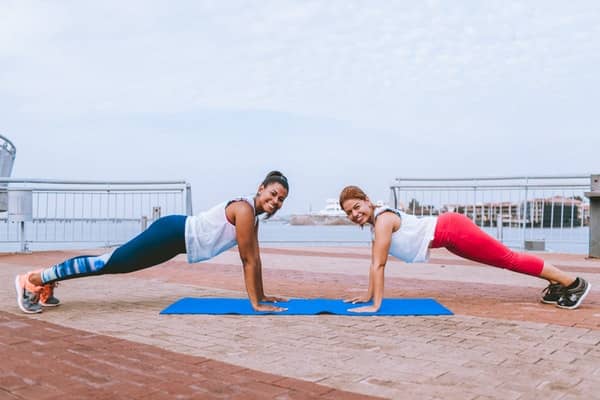 The benefits of exercise are almost too many to name. It's one of the top suggestions given by any doctor on any visit, especially as we get older. Whether you exercise before bed or right when you get up, the most important thing is to get yourself on a consistent schedule. In this section, we dive into these benefits of exercise. Some of them might surprise you.

Exercise is great for your overall health; it helps keep weight under control, your muscles and bones strong, and it's great for the heart. Something almost magical happens when you exercise. When we get our heart rate up consistently, it boosts our body's production of the high-density cholesterol called lipoprotein (HDL).

Don't get this cholesterol confused with the bad stuff. This healthy cholesterol causes dangerous triglycerides in your blood to decrease. Overall, this keeps your blood flowing and reduces the risks of many cardiovascular diseases. Actually, there are numerous diseases an active lifestyle will help you combat. Exercise reduces the risk of strokes, high blood pressure, Type 2 Diabetes, anxiety, types of cancer, arthritis, and it will even keep you strong as you get older, helping you prevent catastrophic falls.

It takes energy to make energy. The more you exercise the stronger your muscles get, including your heart. The more active you are, the more accustomed to activity your body will be. Ask any runner. When they first start running, it may take everything they have to circle their block, but within no time they will stride through miles without even breathing heavy. Basically, our body gets use to what it habitually does.

Takes Away Those Blues

Exercising will usually make you feel better about yourself. Almost immediately following a workout, we feel invincible and strong. While some of this is just in our minds, there is science behind why we feel happier and less stressed after a workout. There are two main chemicals made in our brain that are triggered when we exercise, and both make us feel happier.

The first of these is endorphins. You've probably heard of the runner's high. It's that euphoric feeling runners get after a long and successful run. When endorphins wash through our body, it just makes us feel good. The other feel-good hormone that is triggered by exercise is serotonin. This hormone is prescribed to people as an anti-depressant. It makes a person feel happy. So if you are feeling blue, just take a jog or jump into a work out class.

Here's What to Know If You Exercise before Bed

In the past, there was a stigma around working out at night. The general fear was that getting yourself all pumped up right before bed would cause you to be too excited to get a good night sleep. A good book and maybe a warm glass of milk would go a lot further in bringing on those Zzzzs. While there are some scientific facts about our bodies that make this theory make sense, overall it just isn't the case.

The body releases a stimulant into the blood during exercise called epinephrine (adrenaline). This stimulant raises the core temperature of our body while also increasing our heart rate. Naturally, this would make you think trying to sleep after a workout would be near impossible, but in fact, there has been study after study completed that proves otherwise. Below are three different scientific studies conducted in the last decade that prove that exercise before bed will not affect most peoples' sleep, even if they work out within two hours of going to bed.

Institute of Human Movement and Sciences and Sports

In February 2019, The Institute of Human Movement in Zurich, Switzerland performed a meta-analysis study that included 275 participants. They tracked each of these participants to see if a connection between exercising at night and sleep existed. This study found that the group who exercised within four hours of bedtime showed no difference in time to fall asleep, sleep quality, or sleep duration.

One interesting finding from this study was that they discovered that those participants that exercised within 4 hours of going to bed had an average deep sleep (slow wave sleep) of 21.2%, while the participants that did not exercise before bed only had a deep sleep average of 19.9%. This is a minimal difference, but it still makes you wonder if working out before bed might improve sleep.

In 2011, the Journal of Sleep Research sought to find out if exercise before bed affected a person's sleep. They took eleven young and healthy participants and had them exercise vigorously up to 35 minutes before bed. Over the course of the experiment, they found that exercising before bed did not disrupt the quality of sleep for the healthy and young participants.

Evening and before Bed Exercising May Help You

As more and more studies are done on exercise and sleep, it is becoming clear that not only does exercising at night not hinder sleep, but it might help it. There are other benefits to exercising before bed that can't be overlooked. The following facts may make you hit that gym after the sun goes down.

Scientists say that throughout the day our body temperatures climb. Usually this temperature peaks between 4pm and 6pm. As our temperatures rise, so does our muscle strength and power. The Scandinavian Journal of Medicine and Science in Sports says that you might get more bang for your buck if you work out during these higher temperature times. One thing they noted is that our bodies are great at adjusting, and over time, your body will rise when you normally have your work out as long as you have a consistent routine.

Exercise Is a Great Stress Reliever

As previously mentioned, there is a handful of very helpful chemicals that wash over our bodies during and after a workout. Several of these chemicals make working out very relaxing. If you are carrying a lot of stress from work or home into your bed, a great workout right before you hit those sheets may be exactly what you need. The Endorphins and the norepinephrine that help with mood and energy, also strengthen our ability to face emotions and situations. Even while facing serious stressors, the release of these chemicals will help our brains to calm down.

We've all been there, those couple of hours after dinner but before bed. We tend to get bored and veg out in front of the television. It's during this time that we are also more likely to eat unhealthy snacks or drink unhealthy beverages. If your evening now includes at least 30 minutes to work out, you will be less bored and much less likely to reach for those unhealthy choices.

Exercising is a great way to prepare you for bed, but this doesn't mean you want to run a marathon before hitting the hay. Experts say to keep your exercise before bed moderate. If you are wondering what this is for you, just make sure that you can carry on a conversation while exercising. If you are alone, try saying the ABCs or singing out loud to yourself while working out. Do not do Cross Fit or another HIIT (High Intensity Interval Training) right before bed.

While most people have no problem working out before bed, that doesn't mean it is best for you. If you typically have problems sleeping or have experienced insomnia, then maybe even a moderate work out before bed isn't right for you. If this is the case, make sure you work out at least two hours before bed to give yourself time to settle down. The following are more relaxing exercises to try:

As you workout, you will burn a lot of the nutrients in your body. It is important to feed your body a healthy snack, even after a late night workout. This will prevent you from going to bed with a rumbling stomach, or even worse, being woke up by stomach pains in the middle of the night. To help aid sleep, make your snack light and easier to digest with no caffeine or sugar.

So, it's official, exercising before bed will not adversely affect your sleep, and it provides a lot more benefits than risks. So, if you aren't a morning person, or if your mornings are full of getting yourself and others ready for the day have no fear; your workout window just got wider. So, get out there and find a sunset to run after or pencil in a great evening yoga class at the local gym.