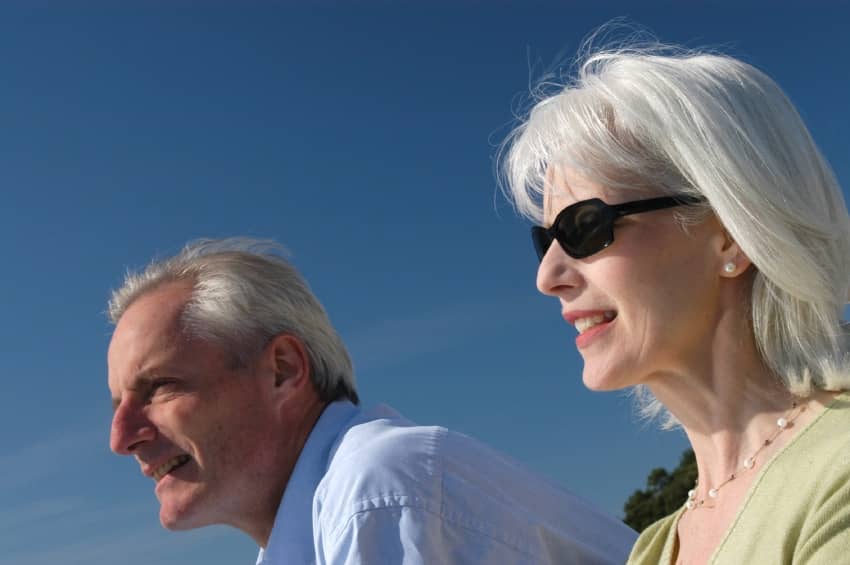 “Mirror, mirror on the wall. That cannot be a gray hair – after all – could it?”

It was over the Christmas Holiday when I saw it while I was recovering from the first of three lower back surgeries back in the days when there were no MRIs, no CT scanners (had the old myelogram test to make the diagnosis), and no such thing as spinal rehab outside Williams Flexion exercises – about the worse exercises you can do for a herniated disk. But, those were the exercises I was told to do, but I wasn’t getting better – leading to the need for surgery.

And, while all that was concerning there was another concern. I had a gray hair. My mom said it was related to stress. How much stress can a 16 year old have, though?  Even throwing in the back surgery I wasn’t stressed – much. Quite honestly, it didn’t bother me – at first – but I thought it odd that this was happening at such a young age. Maybe it was a fluke and would be just that one hair, but I was wrong.

BTW – and I just learned this in preparation for this article. “Gray” is the American spelling for the British word “grey”. Maybe most of you knew that already. I’m a little slow on some things.

At first, the gray hairs were few and far between and were accessible to simple plucking. But, with time their appearances became more frequent and in greater numbers. After 8 – 10 years plucking them out became an act in futility – I would pluck myself bald if I continued. It was at this point that graying at a relatively young age began to bother me some.

But, having gray hair early in my career had its advantages – it made me look more experienced to patients than I was. “He must know what he’s doing. Did you see that gray hair?” Gray hair seems to reflect a certain amount of wisdom, and I used it to my advantage. “See this gray hair. Trust me on this. Your knee will feel better even without surgery.”

And, women both older and younger seemed to find it attractive – but that’s not much consolation when you’re married (lol).

Plus, I think gray hair can be considered a badge of honor – an accomplishment. To some degree we earn them – and perhaps we should be proud of them like wearing a t-shirt that says “I survived Boot Camp”.  I like to think I earned all of my gray hairs.

The gray hairs sneak up on you slowly and then BAM! At some point you reach that tipping point and the next hair that turns gray just makes you look older overnight. So do you accept it and just go with it – or modify it?

Gray hair and wrinkles are the two most visible signs of aging. Covering gray hair, though, is easier than hiding wrinkles. Women struggle with having gray hair more than men – it seems to be a societal expectation that they color it. And, gray hair seems to make women look older than it does men. But, some women look very attractive au natural. They seem to be the same ones that do not require much make-up, if any, too.

More guys are having their hair colored – seems kind of effeminate, though – just like men getting manicures and pedicures. Before I moved back to Ohio I decided to go metrosexual and have it professionally colored figuring no one would know since I was moving to another state and people who might know me haven’t seen me in years anyway.

So I went to a highly recommended stylist and my wife came along. The stylist told me I was nuts. She absolutely loved the color of my hair – the way the gray and natural colored hair intermingled and layered together. She described it as being platinum. My wife was indifferent, though she was definitely curious to see me again with darker hair .

The stylist said, “I’ll color it, but only because you’re paying me to do it. But, if I were you I would leave it alone (I respect people willing to turn down business). I can replicate almost anything. But, what you have is God-given. I can’t come close to replicating that.” But, I wasn’t asking her to replicate it – just cover it – but very subtly. It ended up being so subtle as to not make much of a difference.

I had it colored three or four times after that but stopped – no particular reason – well probably because I felt uncomfortable doing it. It seemed like “cheating”. But, I would be open to something that actually might correct the problem, not simply mask it. And, guess what? I may have found something.

I do a lot of reading for the website and stumbled upon an article on wheatgrass. Wheatgrass is reported to restore color to hair naturally. That was in October of 2013. And, decided what the heck – there’s nothing to lose. I don’t mind parting with some George Washingtons, Abe Lincolns, Alexander Hamiltons, or Andrew Jacksons to see if something might work. Not sure I’d give up a Salmon Chase, though ($10,000 bill).

So I started to consume wheatgrass – not everyday – maybe 4-5 times a week for the past 11 months. And, by golly it has worked – some – not dramatic by any means and the changes haven’t happened quickly. Like they say Rome wasn’t built in a day and I’ve been graying for 38 years. If you understand the growth cycle of hair and how a certain number of follicles lay dormant at any given time then you can understand the slow make-over.

The biggest improvement according to my wife has been in the back of the head (of course the place I can’t see). That was after 6 months of use. But, I’m now beginning to notice subtle improvements on the sides where it has been all gray and some on top.  And, when I go to the barber the hair doesn’t seem as lily white as it falls from my head to the apron, smock, or bib or whatever that thing is they dress you in. Overall, I say I’ve dialed the clock back about 2 years.

It’s easy to convince yourself that there’s an improvement – after all that’s what you want to see. But, I received a little bit of corroboration over the Labor Day weekend at a party. A friend, without any prompting, said she thought my hair looked less gray – and she had seen me about 2 months earlier. I didn’t let her in on my secret – she’ll have to read this article, too.

At the very least, it seems to be working enough to continue to consuming wheatgrass. I should have taken some photos, but I was pretty skeptical of it working so I didn’t take any “pre-treatment” photos. But, I’ll take some now, and again in another year for comparison at which time I’ll update this post.

It turns out there are many other health benefits of wheatgrass that you can read here. I have also noticed some improvement in skin quality, too.

We don’t have a dog in this fight and no financial incentive, but if you are in the early stages of graying you might want to give wheatgrass a try before you’re too gray like I was.

But, consuming wheatgrass has not helped the white hairs on my chest, at least yet. Oops! Too much information. Haha!