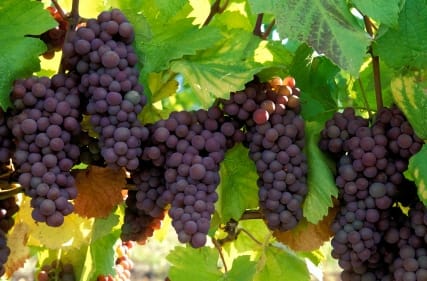 Resveratrol is an exciting compound in the news much these days, because of its anti aging properties.  Resveratrol is a fungicide found in high concentrations in the skins of red grapes.  Resveratrol activates the sirtuin genes in animals and humans.  Through this activation resveratrol may increase longevity.

Resveratrol stimulates similar metabolic mechanisms seen with calorie restriction, and therefore may provide the same benefits on longevity as does calorie restriction.  Resveratrol added to yeast cells caused them to live 70% longer.  It is now known that resveratrol activates sirtuin genes which produce enzymes beneficial to health and longevity.

At this point, calorie restriction is the most proven way to increase longevity.

Calorie restriction induces a stress on an organism.  This stressful environment provokes a survival response altering metabolism and increasing an organism’s defense against the causes of aging.

Since calorie restriction improves longevity in all organisms studied, is there a common or universal mechanism?  In 2005, David A. Sinclair published a paper in Mechanisms of Ageing and Development called “Toward a Unified Theory of Calorie Restriction and Longevity Regulation”.

Do plants under stress produce similar survival responses?  And if so, do they produce chemicals or molecules that could be passed on to animals and humans?  This is known as the Xenohormesis Hypothesis.  The answer is yes and yes.  More specifically, the Xenohormesis Hypothesis states “organisms have evolved to pick up on stress-signaling molecules from other species in their environment because it allows them to shift into a survival mode in advance of an environmental decline (Sinclair’s paper).”

What we now know is that plants when under stress produce small molecules that activate the sirtuin genes in animals and humans.  These molecules are called STACs which stands for sirtuin activating compounds.  There are 18 of these compounds and the most powerful in resveratrol.  By activating the sirtuin genes, resveratrol and other STACs can provide the benefit of calorie restriction without the need to restrict calories.

Other common STACs include quercetin, fisetin, and butein.  Resveratrol is also found in the Chinese Knot Weed root, peanuts, and dark chocolate.  Pinot Noir is the wine with the highest resveratrol concentration.

Resveratrol in the News

In animals, resveratrol has been shown to improve glucose metabolism by lowering blood sugar and increasing insulin sensitivity, improve motor function, and also increases the number and function of mitochondria, which produce energy for the cell.

How Much Resveratrol to Take?

The ideal amount of resveratrol to take at this time is unknown. Some think as little as 50 mg per day might be sufficient, but researchers in the field are reported to take 500 mg to 1,000 mg a day.  Up to 5,000 mg per day has been given without any significant side effects being reported in any scientific studies.

“Boost Your Health with Probiotics”