What Makes Music, Music? Blocking Out the Noise of Life 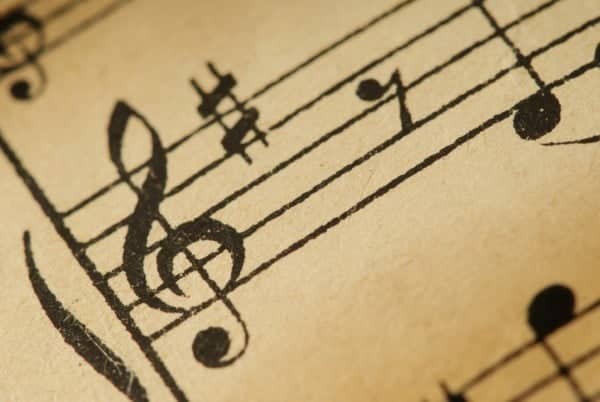 Sometime during the past year I read that, Music is the silence between the notes. I have zero musical talent. Yet, I found that quote very intriguing. It implies that it is the absence of sound that distinquishes music from that of simply noise. That it is, in fact, the opposite quality (silence) that makes music what it is – music. So is much of life, it seems to me. Life is a paradox. And, to live it well we frequently need to do the opposite of what we consider human nature (forgive rather than seek revenge, praise rather than criticize, remain calm when angry, etc). To do the opposite is challenging. It’s easier to do when we are not distracted by the noise of life.

In researching the quote further I discovered that the original quote is, Music is the space between the notes, and is attributed to Claude Debossy, a French musician. What does this have to with life or healthy living? Well, so much of life is simply noise. So much of it is distractions. And, that noise prevents us from living full lives, or at least, pulls our eyes off what is important.

The White Spaces and Pauses of Life

What is known as white space to graphic designers, negative space to artists, or timing by comedians, should not be construed as empty space or to mean “nothing”. That space is significant. That empty space represents content of one form or another. For instance, ads that contain a single word on an entire page of white capture our attention far more than an ad filled with words. That white space is every bit as important as any word in the ad.

Likewise, the great comedians have timing through the effective use of pauses. They set up a joke, pause, and then deliver the punch line. But, the great ones don’t stop there. They pause again, and then deliver a second and frequently more humorous punch line. That pause – that silence – that absence of sound, gives the audience time to digest or assimilate what was said, and creates anticipation for what follows. The pause is every bit as important as any word in the joke. The pauses must be just right. Not too short, and not too long. Finding that balance is an art. And, so is living.

The Noise of Medicine

Noise is all around us. Our personal lives and careers are filled with noise.  And, that noise takes us down the wrong path. That’s what noise does. Those closest to the noise become “blind” to it. Medicine is a great example of noise, and I will pick on my profession to make a point. Another name for noise is BS. And, those involved in medicine tend to hear the noise the least and don’t see through the BS.

The quote, Ninety percent of baseball is half mental  has been attributed to Yogi Berra (though, what he actually said is, “ninety percent of baseball is mental – the other half is physical”). Well, ninety percent of medicine is half noise, and the other 10% is complete noise. So when you do the math you find that 55% of medicine is noise – not real or significant or out right wrong (unless you do Common Core math – then any answer you come up with might be right. Education is another profession filled with noise).

And, that’s part of the noise. We are so distracted by the use drugs that there’s little thought to other options. Little emphasis on the fundamentals of health – exercise and nutrition. Little emphasis on allowing the body to heal itself. Little emphasis on teaching patients to become less dependent on the healthcare system by showing them how to “catch their own fish” and improve their health. We don’t see that we can help patients more by intervening less by our own actions of simply prescribing medications. Instead, we help people live longer, albeit longer in a poor state of health through the use of medications. That’s not living. And, what’s the purpose in that?

And, as medicine is taken over by government bureaucrats, pharmaceutical companies, insurance companies, and large hospital corporations the noise is getting louder. The Affordable Care Act has little to do with improving care. It, too, is largely noise. It deals more with who pays the bills, how bills are paid, and protecting the interests of big business. The Act is far more complicated than it needs to be (intentionally so in my opinion).

As Confucius said, Life is really simple, but we insist on making it complicated. That’s another definition of “noise” – unnecessarily complicated.

Block Out the Noise of Life

To live life well you must block out the nosie of life. Far easier said than done and a skill that requires great discipline. I have found two quotes very useful in filtering out the noise. The first comes from Jack Hughtston, MD and pioneer in orthopedics and sports medicine. Dr. Hughston used to say, Trust and believe your own experiences. Seems simple, doesn’t it? But, it’s not. So often we allow others to persuade or influence us despite the lessons of our past experiences. Trust those experiences! That voice inside is nearly always right.

The second quote comes from Jim Rohn, an entrepreneur and motivational speaker. He advised, Whatever you do, make sure it’s the product of your own conclusion. Listen to others, but at the end of the day, make your own decisions based on your own conclusions. That means you must do some grunt work and research on your own. Hear what others say, but don’t buy all they are selling. In the end, both men are saying much the same. Dr. Hughston’s words speak to the heart while Mr. Rohn’s speak to the mind.

When the heart and mind are in concert or harmony, you can be sure that you are filtering out the noise of life. When you block out the nosise of life you better become your own person, better able to balance life, and better able to live to your fullest potential.

The Silence Between the Notes

The silence between the notes is like the white space and the pause. It’s every bit as important as any musical note. It makes music, music – not just noise. It’s a metaphor for life. It’s the opposite quality that makes life worthy. Life is an enigma or paradox. Can you experience happiness without suffering sadness? Can you really appreciate victory having never lost? And, how much can you receive (take) without giving?

We’ll address all of this more and the challenge of doing the opposite of what we are inclined to do in an upcoming article. But for now – enjoy the silence!