Life: The Other Miracle of All Miracles

The Other Miracle of All Miracles: Life 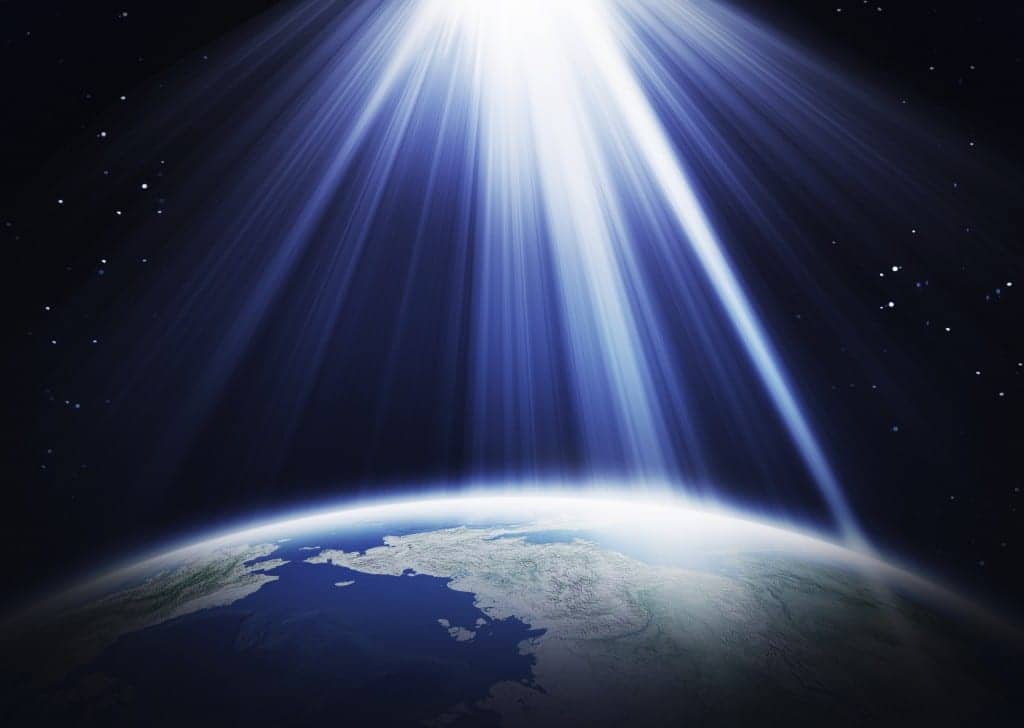 It’s been called the miracle of all miracles – the creation of the universe. But, is it? There’s another miracle every bit its rival. One that in some ways is more impressive than the birth of the universe. Unlike the universe this miracle didn’t happen just once. It has occurred billions of times since man has walked this unique planet. In fact, it occurs nearly 4 million times each year in this country alone – the birth of human life.

Is one of these two miracles greater than the other, or are they equal essentials of the same master plan with each being magnificent in its own way?

Our minds are not flexible enough – to stretch enough – to grasp enough the splendor and magnitude of the universe. The universe is a finely tuned system. Just one key parameter or condition not just so, and the universe would have never come to be, or would have collapsed on itself during its infancy.

Some believe that with so many planets intelligent life surely exists elsewhere. Maybe it does. But, maybe – just maybe – the universe is so expansive because it has to be for thousands of conditions to be perfectly met including just enough stars and planets that are perfectly aligned so that one planet could support intelligent life.

Maybe the odds of human life existing are so staggering small it takes a universe that we measure in trillions, quadrillions, septillions, and octillions for human life to even have a remote chance.

If so, then this incredible awakening suggests that human life is indeed special and unique and demands it be valued, treasured, respected, and marveled. A unique species with unique individuals each having his/her own gifts and talents to share with all of us.

How many of us are there? The world’s population is approaching 8 billion people. Why so many? Perhaps, it is because God is curious to see 8 billion different outcomes. He does not make copies. He does not make clones. Why would he make two of the same thing? Everything He creates is unique. It would seem doubtful then that He wants us all to be the same (if that’s the case, then 7, 999,999,999 people are not necessary), yet that is the very direction society is moving us towards – us all being the same.

Perhaps Russell Kelfer said it best in his poem: You Are You Are for A Reason.

You are who you are for a reason.
You’re part of an intricate plan.
You’re a precious and perfect unique design,
Called God’s special woman or man.

You look like you look for a reason.
Our God made no mistake.
He knit you together within the womb,
You’re just what he wanted to make.

The parents you had were the ones he chose,
And no matter how you may feel,
They were custom designed with God’s plan in mind,
And they bear the Master’s seal.

No, that trauma you faced was not easy.
And God wept that it hurt you so;
But it was allowed to shape your heart
So that into his likeness you’d grow.

We seem to be devaluing human life, individuality, and human creativity. We no longer marvel at the miracle of life and all the potential and hope each individual brings.  The desire to bring uniformity among all members of society – to achieve equal outcomes despite unequal talents and skills and desires – is now ever present. The individual is no longer valued. We are becoming nothing more than “cogs in the wheel” – replaceable.

We seem to no longer appreciate the uniqueness we each bring to the world.

Made in the image of God, all human life is sacred. Every human being is singularly significant.

What’s more miraculous? The miracle of the universe – the all encompassing form of non-living matter? Or, the miracle of human life – the ultimate form of living matter with human beings displaying the ability to think, to reason, to breathe, to move, to reproduce, to become, and to be? 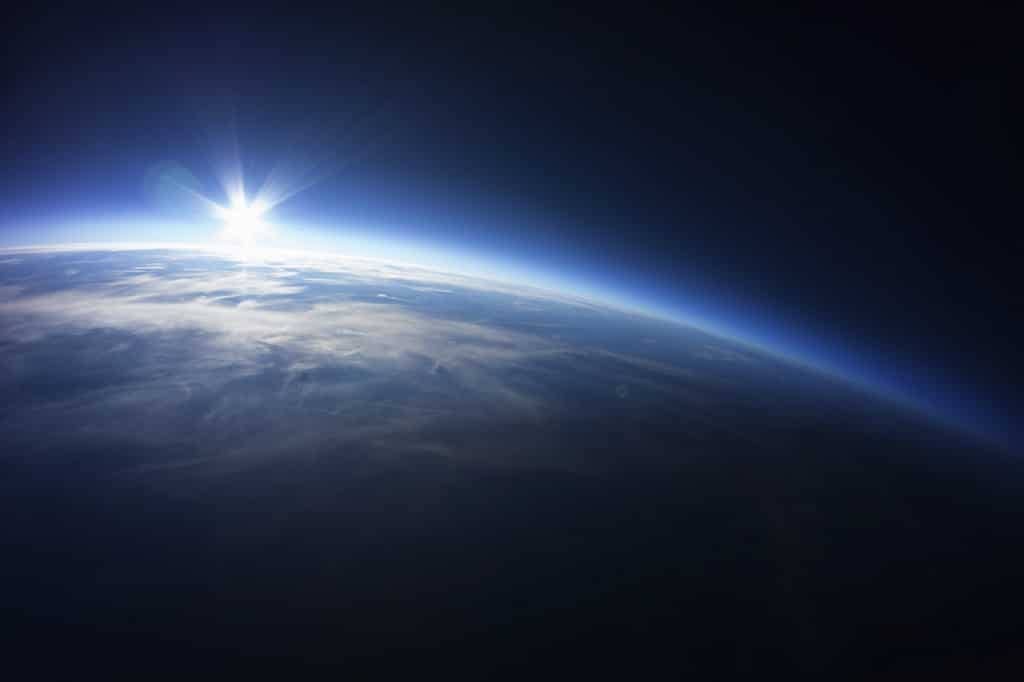 Psalm 19 says, “The heavens proclaim the glory of God. The skies display his craftsmanship.” But, we don’t have to look up in the sky to marvel at God’s creation. God cleverly reveals Himself in all of creation. Search and you find Him – everywhere.

We can look inside our very own body – and see another universe.  Yes, the human body is its own universe comprising 37.2 trillion cells (maybe even more – some say 120 trillion). Each cell is made up thousand and thousand of molecules, and each molecule made up of atoms, and each of those atoms made up of proton, electrons, and neutrons.  Each cell serves as its own universe capable of generating life sustaining energy. Without energy there is no life.

Cells contain this most amazing material called DNA. DNA contains intelligible information suggesting a Creator. One gram of DNA contains a much information as one trillion CDs. All the world’s data could fit in a single teaspoon of DNA.   DNA is the most efficient carrier of information ever created and something that no computer will ever match. How’s that for miraculous?

We are such marvelously designed and wonderfully complex beings.

What’s more miraculous? The universe that supports life? Or, life itself? My intuition and spiritual knowledge tells me that the universe and human beings were created with each in mind. One was necessary for other, and if not for the other, the universe would seem to have no purpose. What other purpose could it have?

Things are not created without reason – nor do they evolve without purpose.

Ephesians 1 says “Even before He made the world God loved us and chose us …..”  Perhaps those words settle the question as to when live begins. It begins the moment God thought of you – which was long before you were conceived – and even before the universe was created. That is how special each life is. No life is an accident – though there are accidental parents.

It seems one miracle prepared the way for the other to occur. One miracle seemingly designed for eternity, and the other miracle seemingly designed for just a short period (at least on earth). It is almost certain the universe will be here tomorrow. But, how many of us will be here tomorrow? This leads to this existential question. If the universe was created for eternity and with the purpose of supporting life, would not life be eternal in one form or another as well?

But, on this planet human life is fragile and far too precious to squander. It is under constant threat. It requires help to develop, to survive, and to thrive.

Human life needs more than a universe that is nearly 14 billion years old that can sustain it. It requires someone to create and nurture it. Human life just doesn’t happen. Each life is planned by God. There are no illegitimate children, just illegitimate parents.

Ideally, the creation of new life is the culmination of a love shared between a man and woman. But, it is the woman who carries that new life. She is the one given that honor and privilege, the one entrusted with that responsibility, and the one who labors to bring that special and unique life into existence.

At the center of the creation of human life are those individuals we call MOTHERs – the deliverers of the other miracle of all miracles – the birth of a child.

What follows is a tribute to mothers. It is called So God Created Mothers. It is patterned after Paul Harvey’s So God Made a Farmer featured in a Ram Truck commercial that aired during the 2013 Super Bowl.

After God created the universe He knew it alone was not sufficient to produce, nurture, and sustain human life.

He needed someone to carry you in her womb for nine months stretching her body to its limits physically, mentally, and emotionally. Someone who could be trusted to nourish you from a one cell organism to a young adult and everything in between. Someone to provide for you and protect you until you could breathe and thrive on your own. Someone with the endurance to labor hours joyfully to bring you into the world. Someone who is tireless and whose devotion to you never ends.

He needed someone who could cook, bake, do laundry, sew, clean house, drive you to school when you missed the bus, or pick you up early because your tummy ached. Someone to take you to practice, attend your games, and help with your homework. Someone to read to you, to sing to you, to play games with you, and doing it hundreds of times as if each time were the first.

He needed someone who could change your diaper, clean spilled milk, wipe your tears, bandage your cuts, and do it with a smile and reassure you confidently that “everything is going to be OK”.

He needed someone to mark each day of your life and highlight every milestone you reached. Someone to celebrate your birthdays and make your vacations and holidays memorable. Someone who shields you from feeling like you are hopelessly lost in space or merely a needle in haystack. Someone who, in fact, makes you the very center of her universe and the very purpose of her life.

He needed someone with remarkable healing powers. Someone whose kiss is gentle yet strong enough to eliminate your pain. Someone whose hug provides comfort and security and lets you know that you are not alone. Someone whose smile tells you that you please her and bring joy to her life. Someone whose powerful presence makes you feel safe, valued, and loved.

He needed someone to give you roots to ground you and wings to let you soar. Someone who wishes for you all the best all the time with all her love. Someone who gives you her best always in hopes that you will always give yours. Someone who guides you to being the best you possible.

He needed someone like Himself……. So God created MOTHERs!

To all Mothers ~ We thank you!

Magic of Thinking Big: Lessons from 2 Giants in Medicine

Magic of Thinking Big: Lessons from 2 Giants in Medicine

Why Is There No Generic Premarin?

Why Is There No Generic Premarin?

Low Testosterone: Does Your Man Suffer From It?

Low Testosterone: Does Your Man Suffer From It?

Dr. Joe is board certified in internal medicine and sports medicine with additional training in hormone replacement therapy and regenerative medicine. He has trained or practiced at leading institutions including the Hughston Clinic, Cooper Clinic, Steadman-Hawkins Clinic of the Carolinas, and Cenegenics. He currently practices in Columbus, Ohio at Grandview Primary Care. Read more about Dr. Joe Jacko