There are four really exciting anti aging supplements; TA-65, resveratrol, NAD+, and AMPK. We still do not fully understand how or why we age, but each day we learn more and more. Supplements like antioxidants, which combat free radicals are essential to an anti aging program, but TA-65, resveratrol, NAD+, and AMPK are four anti aging supplements that are more promising in their ability to delay aging and perhaps even reverse it.

One theory of aging is the Telomerase Theory of Aging. Telomeres are repeating sequences of nucleic acids that cap the ends of chromosomes. Like the little plastic caps at the end of shoelaces that protect them from unraveling, telomeres similarly protect chromosomes. Every time a cell divides telomeres become shorter.  At some point telomeres become too short to protect the chromosomes and cell division is no longer possible.

TA-65 activates an enzyme called telomerase, which repairs and replaces telomeres potentially re-setting the ticking clock of aging. TA-65 is produced from the Chinese herb, Astragalus. Though, astragalus extracts can be found in health food stores, the amount of TA-65 found in the extracts is barely detectible.

TA-65 was discovered by the Geron Corporation, a leading biotechnology company and is licensed to TA Sciences for clinical use. In a double-blind placebo controlled study TA-65 was demonstrated to improve immune function, vision, male sexual performance, skin appearance, and increase energy and well-being.

Tested in humans since 2005, there have been no reported adverse effects with TA-65. There is a theoretical concern that TA-65 could stimulate growth of cancer cells, but that has not been demonstrated to occur, perhaps because of the enhancement in immune function caused by TA-65.

TA-65 was once available only through physicians licensed by TA Sciences but can now be direct purchased through TA Sciences. Various programs for its use are available and currently cost $100 to $200 a month. It comes in two doses; 100 unit and 250 unit capsules.

Calorie restriction seems like the last way to improve longevity, but calorie restriction has been shown over and over in every animal studied to increase individual lifespan, because unnecessary calories places a metabolic strain on the body. Calorie restriction usually refers to consuming 30% fewer calories than one would normally consume when they are free to eat.

Calorie restriction places a “stress” on the body leading it to become more metabolically efficient, and provoking a survival response leading to improved DNA and chromosomal repair, enhanced energy use, increased cell survival, and improved response to stress. These events are triggered by activation of sirtuin genes triggered by calorie restriction. 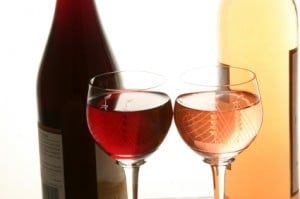 Plants that are stressed produce molecules that also activate sirtuin genes. These molecules are called STACs for sirtuin activating compounds, and the most powerful one discovered thus far is resveratrol.

Resveratrol is a fungicide produced in high concentrations in the skins of grapes and the Chinese Knot Wood root. It’s also found in smaller amounts in peanuts and dark chocolate. Resveratrol is also present in small amounts in wine, especially red wines. Resveratrol may explain the French Paradox, or the observation that the French have lower incidences of heart disease despite consuming diet high in saturated fats.

TA-65 and resveratrol are two anti aging supplements that get to heart of why we age.

NAD+ stand for nicotinamide adenine dinucleotide and is a critical co-factor in many biochemical reactions in the body. Every cell uses NAD+ and NAD+ regulates the genes related to aging.

NAD+ has been shown to reverse markers of biologic aging. It does this by increasing mitochondrial activity. The mitochondria are the power plants of the cells. Secondly, NAD+ activate sirtuin genes (like resveratrol) that regulate life span.

NAD+ is readily available in supplemental form either in health food stores or online. The recommended dose is 100 mg a day.

AMPK is adenosine monophosphate-activated protein kinase. AMPK plays a role in longevity and maintenance of a healthy weight. AMPK prevents energy levels from dropping below a critical low threshold.

AMPK helps to replenish ATP. ATP is the energy form the body uses. AMPK increases the burning of fatty acids and glucose providing the cells with energy some of which is used to replenish falling ATP levels.

AMPK makes it easier to tap into fat stores for energy facilitating fat loss. But, that’s not all. AMPK increases longevity, at least in fruit flies, but other organisms with high AMPK levels also live longer and show less heart disease, diabetes, and metabolic disorders.

You can boost your AMPK levels four ways. AMPK is increased with:

So you now know the best four anti aging supplements on the market that work at the cellular level to slow down the aging process.

Fatigue: Causes and Forms of It

Fatigue: Causes and Forms of It

Barefoot Your Way to Better Health: What is Earthing?

Barefoot Your Way to Better Health: What is Earthing?

How To Age Faster And Die Younger

How To Age Faster And Die Younger

Dr. Joe is board certified in internal medicine and sports medicine with additional training in hormone replacement therapy and regenerative medicine. He has trained or practiced at leading institutions including the Hughston Clinic, Cooper Clinic, Steadman-Hawkins Clinic of the Carolinas, and Cenegenics. He currently practices in Columbus, Ohio. Read more about Dr. Joe Jacko